Prof Freedman has over twenty years’ experience of carrying out research on gender, violence, asylum and migration. She was awarded a Marie Curie Chair under the FP6 for a project on Gender in European Asylum and Refugee Policy, and has published widely, with numerous books, articles and chapters on these themes. She has also worked as a consultant with international organisations including UNESCO and UNHCR, and with various NGOs and civil society organisations. Most recently she was a national expert for an EU Commission mutual learning project on gender equality in Support Services for Victims of Violence in Asylum and Migration and produced a research paper for CARE International on gender and refugee family reunification in the EU. 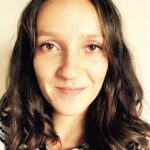 Elsa Tyszler is a young researcher specialised on issues of gender, race, migration and borders, and who has significant fieldwork experience in European countries and in Morocco. She is a postdoctoral researcher at the Centre for Sociological and Political Research in Paris (CRESPPA). She completed her PhD thesis in sociology on gender, race relations and coloniality of migration control at the Moroccan-Spanish border, around the case of the repression of migrants from Central and West Africa. She is currently working on the intersections between gender based violence and migration policies at French borders, in the frame of the GBV-MIG research project. Prof. Dancig-Rosenberg works on the project as a co-PI in order to lead the case study on SGBV against migrant and refugee women in Israel. She has a long experience of research on violence against women and  women as victims of crime.

Prof. Halperin-Kaddari was awarded two research grants from the Israel National Science Foundation and has recently convened a group of researchers from 12 countries to produce a comparative study on family law in light of CEDAW's Article 16. She has founded, and serves as the Head, of the Rackman Center for the Advancement of the Status of Women at BIU's Law Faculty, which inter alia operates legal aid clinic for women in divorce proceedings, for which asylum seekers also apply, and has recently managed an EU grant within the Democracy and Human Rights Framework. Funding will be used to recruit a part-time researcher who will work with the legal aid clinic to identify cases of asylum seeking and migrant women who have been victims of violence and to analyse these cases and the issues faced by these women. Professor Halperin-Kaddari will also contribute to the international analysis and will provide access to CEDAW reports, documents and debates relating to violence against migrant and refugee women.

Dr. Vesna Malesevic is a sociologist affiliated with the Centre for Global Women’s Studies. A specialist in the sociology of sexuality and gender identity, religion and medicine, she is an experienced social researcher with particular expertise conducting research on issues of sexual health and rights with young adults and with vulnerable groups in Ireland (e.g., LGBTQI and Irish Traveller communities

Prof. Niamh Reilly has over 25 years' experience of research, policy engagement, and international collaboration relating to the advancement of gender equality and women’s human rights in international forums and in local/national contexts in Ireland. She established in 2008 and co-directed until 2016 the Centre for Global Women’s Studies.

She has strong links with the Irish Centre for Human Rights at NUIG and serves as Lead Social Expert on behalf of ICHR, which holds the EU Fundamental Rights Agency contract for “Data Collection and Research Services on Fundamental Rights in Ireland” (2014-present). Prof. Reilly also served as NUI Galway's academic advisor to The Mary Robinson Centre (2014-2016), including leading an international policy symposium on implementation of the SDGs on Equality, Human Rights and Peace (Jul 2016). 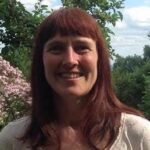 Margunn Bjørnholt is a Research Professor at the Norwegian Centre for Violence and Traumatic Stress Studies (NKVTS) in Oslo, Norway and a Professor of Sociology at the University of Bergen. Her research interests include sexual and gender-based violence, migrants and refugees, gender equality, men and masculinities, organisation and policy studies; she is currently involved in research projects on violence against women migrants and refugees, violence in indigenous Sámi communities and violence in close relations. She has a broad background as an academic, a civil servant, a consultant and a leader in the NGO sector.

Carolina Buendia Sarmiento wrote her master's thesis in Peace, Mediation and Conflict Research as a project associate at NKVTS. Her thesis was titled: Female Refugees and Asylum Seekers in Norway: Agency and Victimisation from Sexual and Gender-Based Violence 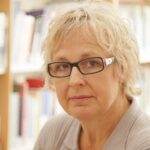 Dr Yngvil Grøvdal is a criminologist and a senior researcher at the Norwegian Centre for Violence and Traumatic Stress Studies (NKVTS). 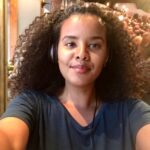 Charlotte Hemmestad Ludt wrote her master's thesis in International Administration and Global Governance as a project associate at NKVTS. Her thesis was titled: Disclosures of Sexual and Gender-Based Violence: Credibility Assessment in the Norwegian Asylum System 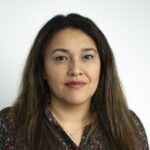 Nora Starheim Ruud is a research assistant at NKVTS and wrote her master's thesis in criminology at the University of Oslo as a project associate at NKVTS, affiliated with the GBV-MIG project. Her thesis was titled: Veien videre: Kvinnelige migranters handlekraft i veien ut av voldelige ekteskap

Gabriela Özel Volfová's participation in the project  will specifically address the multi-layered experiences of violence Syrian women refugees in Turkey have gone through as a result of migration from their country of origin due to a war conflict which erupted there in 2011. Gabriela Özel Volfová, who graduated from an all-womens college in the United States and has spent a considertable amount of her academic career studying gender and Islam, will carry out her research in Turkey, namely in Istanbul and in the province of Hatay close to the Turkish-Syrian border, where most Syrian migrant women live. 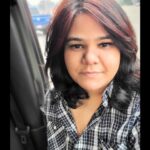 Pallabi Bhattacharyya is a postdoctoral fellow in Sociology and International Development Studies at Saint Mary’s University in Halifax, Nova Scotia. She is delighted to be a member of the Canadian research team for the Violence Against Women Refugees and Migrants: Analyzing Causes and Effective Policy Response project. Her PhD research focuses on agency and empowerment among Refugee Women and Youth Resettling in Canada. 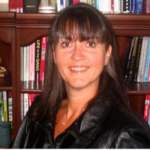 Professor and Director of the Centre for the Study of Social and Legal Responses to Violence, College of Social and Applied Human Sciences, University of Guelph, Ontario, Canada

Dr. Myrna Dawson, is Professor and Canada Research Chair in Public Policy in Criminal Justice, Director, Centre for the Study of Social and Legal Responses to Violence, University of Guelph, and Co-Director, Canadian Domestic Homicide Prevention Initiative. For the past two decades, her work has focused on violence against women and current projects are “Femicide is Preventable” (http://www.femicideincanada.ca/) and the “Canadian Domestic Homicide Prevention Initiative” (http://cdhpi.ca/SSHRC/about-sshrc), both of which focus, in part, on the vulnerability of immigrant and refugee women and girls. 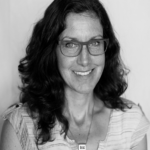 Dr. Catherine Holtmann is the academic co-chair of the Violence Against Immigrant and Visible Minority Women Research Team at the MMFC which includes partners from the provincial government, public service organizations in the domains of multiculturalism, immigrant settlement, cultural associations, and domestic violence, as well as newcomer women. Her research program touches the areas of gender, domestic violence, immigrant women, and religion. 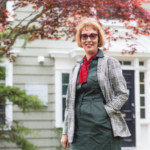 Professor of Sociology and Coordinator of the International Development Studies Program

Dr. Evangelia Tastsoglou has over twenty five years of expertise in working with gender and immigrant women in Canada and internationally. As Founder and Leader of the Gender Domain of the Atlantic Metropolis Centre of Excellence (2003-2013) she led multiple projects on various aspects of migration with a gender-based and intersectional analysis. Former President of the RC 32 (“Women in Society”) of the ISA and currently a member of the Research Council and the Executive of the ISA, she focuses her research on sexual and gender based violence and precarity during forced migration. 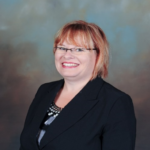 Professor of Sociology, Department of Sociology and Criminology at the University of Manitoba in Winnipeg, Canada

Dr. Lori Wilkinson has over two decades of expertise in working with refugee women. Currently, she is conducting a three-year federal government sponsored project investigating the resettlement needs and mental health conditions of Yazidi women and their families. She is a member of the Board of Governors for RESOLVE Manitoba, an academic unit responsible for the study of women and intimate partner violence. She is also a Board member of the Immigrant Centre and co-Chair of Immigrant Partnerships of Winnipeg. 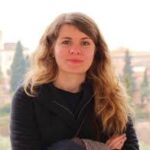 Madita is a doctoral research associate with the project GBV-MIG, a consortium of eight international research institutions and universities (PI Jane Freedman, CRESPPA Paris) which looks at the roots and causes for Gender-Based Violence (GBV) against women migrants and refugees.

Madita was born and raised in Hamburg, Germany and New Delhi, India. She obtained her MSc in International Relations Theory from the London School of Economics and Political Science (LSE) in 2018. In 2015, she received her BA degree in European Studies from Otto-von-Guericke Universität Magdeburg, Germany after having spent a year at the Uniwersytet Jagielloński Kraków, Poland.
She gained valuable experience while working in projects addressing GBV, conflict-related forced migration and inclusion in Germany and India. Her primary research interests are theories of International Relations, with a special focus on feminist and postcolonial approaches to international security and border studies, as well as racism and Eurocentrism in International Relations.