Related articles, chapters and books authored by members of the GBV-MIG Consortium

This paper derives from a larger research on gender-based violence and precarity in the forced migration journeys of asylum-seeking women transiting through the Eastern Mediterranean route and arriving in Greece, in the tumultuous, second decade of the 21st century. In this paper we present the findings from the first phase of the research. We analyze and discuss the opinions and information gathered through semi-structured interviews with twenty key informants: service providers, staff of international and national NGOs, local government staff and public officials. Our findings locate the five points/loci in irregular cross-border movements and arrival at an EU member-state where precarity interweaves with gender-based violence. The first locus, is in transit and EU and Greek border crossing; second, during the asylum determination process; third, in their everyday life when they must deal with homelessness and harsh living conditions; fourth, in the deficiency of care services further aggravated by intersectional discrimination; finally, by being trapped in abusive settings and relationships due to the ineffective state response, a sluggish criminal justice system, and the victim’s financial dependence on the perpetrator. Adopting a feminist and intersectional approach our analysis shows that violence and precarity are co-constituted and reinforce each other through the undermining of the citizenship status of asylum seekers and the inscription, on their bodies and lives, of unequal gendered social and institutional power relations.

Around Ceuta and Melilla, progressive Moroccan migration policies implemented since 2013 have not produced much positive change, as political, diplomatic and economic issues take over, producing a violent game of borders, both material and symbolic, racialised and gendered. Through an ethnographic approach, this article addresses the issue of violence experienced by migrants from Central and West Africa on the Moroccan– Spanish border, emanating from humanitarian and religious actors. Based on two and a half years of field research in Morocco (mainly in Rabat and in the North) and the Spanish enclaves of Ceuta and Melilla, with a special attention to embodied experiences of the border, this contribution shows that the humanitarianism practiced in a border town in Northern Morocco is also a space for updating relations of race and gender, which can, contrary to its claims, lead to even greater constraints on the mobility of people, notably women, being ‘helped’, and can reproduce a racialised and gendered order at the border. This contribution also proposes to reconnect this contemporary violence to history and underline the coloniality of such humanitarianism. 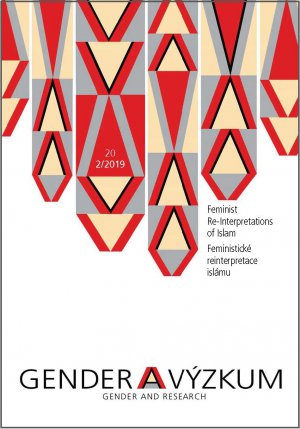 This article ethnographically explores how Central and West African masculinities and femininities are shaped and reshaped at the Moroccan-Spanish border in the context of the increased securitisation and politicisation of migrations from the global South to the global North. Apart from the migration regime at the outer border of the European Union, it also examines the role of the humanitarian regime in policing black migrants’ gender identities. It aims to address an important aspect of the mobility experiences and bordering effects that tends to go under-researched. Drawing on long-term fieldwork, which was carried out between 2015 and 2017, it presents detailed ethnographic examples of the construction of masculinities and femininities at the border and asks how these work to help or prevent mobility. Analysis of the intersections of the gender regime and the racialised migratory regime reveals the coloniality of security migration policies. Keywords: borders, femininities, masculinities, migration policies, violence